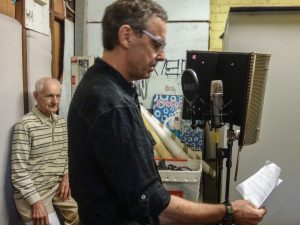 END_OF_DOCUMENT_TOKEN_TO_BE_REPLACED

That’s my prediction for Saturday.

There won’t be a uniform swing, and while the ALP will pick up some seats, it will also lose one or two.

Call it wishful thinnking if you like, but I like to think that most Australians aren’t going to get duped by “Mr Me Too”, aka Kevin Dudd.

If I am right, most of the Australian media are going to look like a bunch of idiots and will have a bucketload of egg on their faces.

If I am right, someone needs to ask who paid whom to get such blatantly biased reporting from all streams of media including the ABC.

Of course, it’s just my prediction, and it flies in the face of all the opinion polls, and all the “wisdom” of pundits who claim to be smarter than me.

But I hope I am right.

You need more to govern this country than a twerpy smirk and a photocopier for stealing economic policies. Mr Dudd just doesn’t cut it.

Oh – one other thing, if I am right, I promise to post some priceless photos of the look on the faces of Kevin Dudd, Julia Dullard and Wayne Conn.

I think John Howard should wait a while before calling the election.

A section of Australian voters are still infatuated with Kevin (“me-too”) Rudd, who seems anxious to get this election in the bag while he still has a large lead in the polls.

The next few weeks will increase in intensity, and show up flaws in the conga-line of “wannabes” that are following Kev around. See for example Robert McLelland’s gaffe on going easy on terrorists, or Peter Garret’s hypocrisy about the Tasmanian Pulp Mill. In fact if you scratch more closely at any of the Labor front bench, it’s easy to see the amateurish cracks in the facade that is “Kev 07”.

John Howard should take a leaf out of Neville Wran’s book, who espoused the idea of applying the “blowtorch to the belly” of his oponents – keeping the heat on them to really see what they’re made of.

It’s only when the heat is on, when the pressure is unbearable, when they wish the blowtorch would go away, that you really get to see what someone is made of.

Take your time, Mr Howard. Keep the heat on. The Rudd facade will slowly melt away, until it’s pretty obvious to everyone that Emporer Kev isn’t really wearing any new clothes at all.

WYSIWYG or “What you see is what you get” is an important attribute in politics.

Why vote for someone who appears to support one thing, only to find that after they get elected they’re totally different to what you expected? That would be a disaster.

I will be voting for John Howard at the next election because he is definately WYSIWYG. You definately know where this man stands. He is predictable. You know what he’s going to do.

I don’t agree with everything he’s done, but I know when he says he’s going to do something, he’ll do it.

Kevin Rudd is the opposite. He’s Mr “Me too”, presenting himself as a clayton’s opposition leader. Mimicking the Prime Minister on vital issues like Economy (“Echo-Nomics”), Foreign Policy, Taxation and Indiginous Affairs, he tries to present a “not too scarey” version of the Labor Party that isn’t going to frighen the voters, while placating the left with platitudes about Climate Change, Iraq, and (of course) Industrial Relations.

I.e. they dont’ really stand for anything (especially if it’s unpopular). All they want to do is get elected.

But ask yourself this. Why would the Labor Party want to get into office if they were just going to mimick the Liberals?

There’s only one answer – they’re definately NOT WYSIWYG. They want your vote, and they’ll dress up in sheeps clothing so you can’t see the wolf.

If you’re not convinced, check out the conga line behind Kevin Rudd – the ones who he wants to make ministers in his government:

And waiting in the wings are:

A vote for Kevvie is a vote for the ACTU – government of the People, for the Unions, by the Unions.

That’s what you get – but it’s not what you saw. Sort of like the opposite of WYSIWYG.